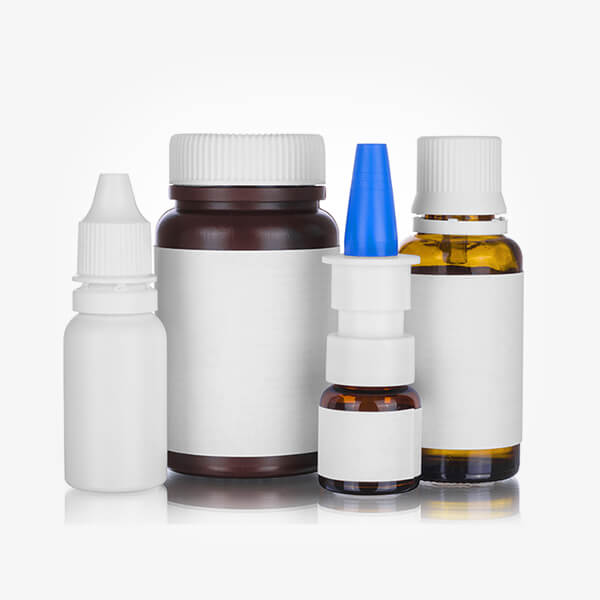 There is research that shows that when treating behavioral health issues medication can improve your symptoms by over 60% and therapy by over 40%. Finding the right medications is very important to your overall treatment. Here are a few things that may help with the medication part of feeling better.

First, take a little time assessing your symptoms before meeting with your provider. Write them down if you have to. This will help reduce the chance of forgetting to tell the prescriber something that was important to you.

Lastly, Don’t Give Up! Just like treating any other types of physical symptoms it may necessary to try different types of medications to find the right one. By discovering which medications don’t work for you can be very helpful in finding the one that does so it may not be a waste of time when you don’t have a positive result.

Medication management is a very important part of your treatment and when combined with therapy can give you a life you desire and deserve. 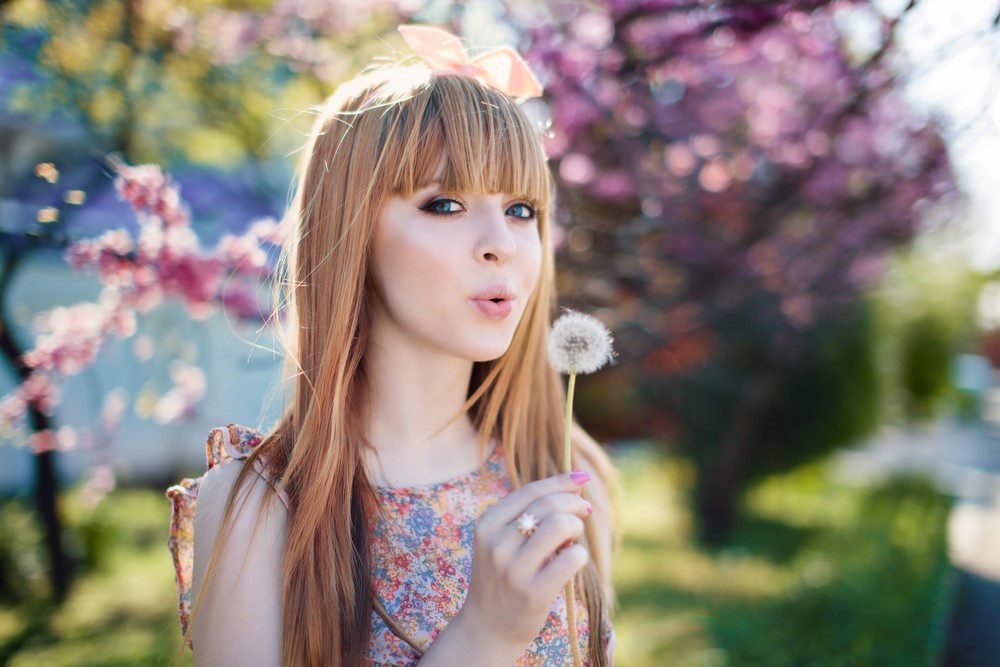 How we are perceived formulates from the day we are born.  Due to constantly being evaluated by others, our psyche is influenced by how others perceive us.  One of the most common concepts of beauty in modern society is someone’s weight and physical appearance.  This concept has a critical effect on our self-worth, to the point where it can become detrimental.

While obesity is an actual medical condition that can lead to many health complications, the social stigma behind it can become psychologically devastating to the person suffering from weight-management issues.  An article by Healthy Children.org states “studies show that children as young as 6 years may associate negative stereotypes with excess weight and believe that a heavy child is simply less likable.” These stereotypes, unfortunately, reinforce behavior such as bullying during adolescence, and creation of multiple risk factors for mental illness among those dealing with obesity. There are, however, many ways people with weight-management issues can deal with and eventually overcome the psychological obstacles that they face.

It is hard to find acceptance in a society that constantly observes and judges one another. Negative feedback and self-awareness go hand in hand when dealing with one’s daily interactions.  As Dr. Sean G. Connolly writes, “we cannot control the comments of others, often uninvited, but we can control how we deal with them.” It is important he says to, “give yourself the right to feel good about yourself and feel more secure.”

Self-affirmation, whether repeating words to yourself or conditioning positive thoughts in your head, can have a reinforcing effect in your psyche over time.  This can be accomplished by selecting some affirmation statements to condition a positive sense of self.  Dr. Connolly also elaborates how “counseling and life coaching can help you along in promoting self-perceptions that have an impact on our self-esteem.” With this said, lifestyle changes go hand in hand with self-acceptance and awareness.

By implementing self-awareness into your situation, and implementing mental health exercises such as self-affirmation statements, one’s self-image can positively develop over time.  This, combined with proper dieting and moderate exercise 2-3 times a week, can help establish a better sense of self and overall bill of physical health.  While it is important to understand that obesity and weight-management issues are a medical dilemma in modern society, it is equally important to understand how psychologically damaging negative stereotypes and behaviors are when directed at those dealing with weight issues. 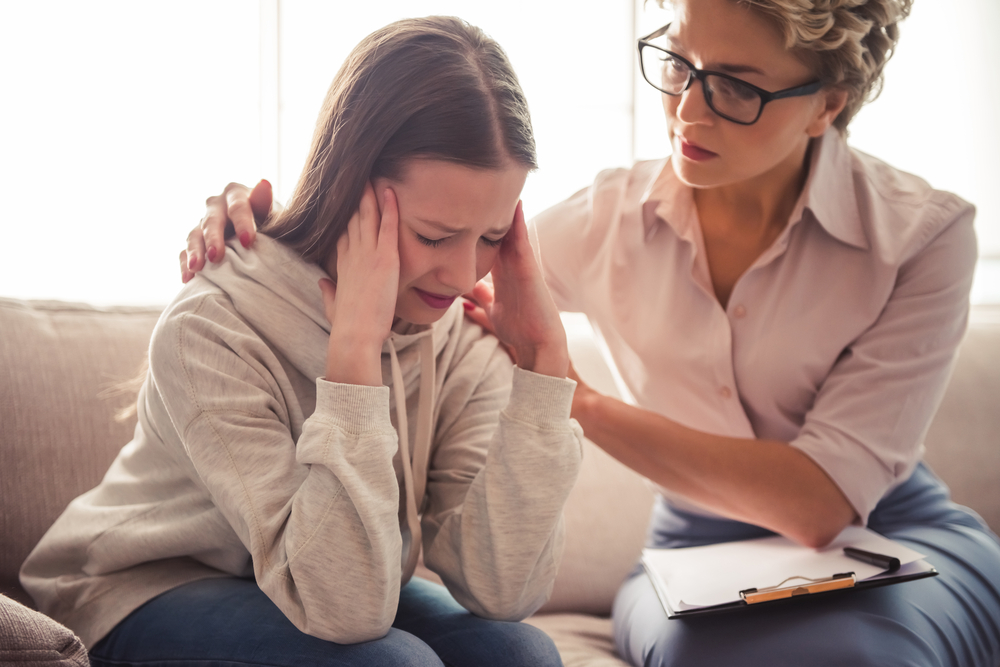 Bridging the Gap Between Physical and Mental Illness

Mental illness is widely misunderstood in society and it is still being researched for its causes.  There are still stigmas and taboos surrounding the topic of mental disorders, and unfortunately, these stigmas undermine efforts to understand the functions of such disorders. Recently, however, research has been geared at correlating physical illnesses and autoimmune diseases with developing mental disorders. Many risk factors can lead to developing mental illnesses, but this new research sheds light on possible connections between physical ailments and mental disorders.

According to the JAMA Psychiatry Network, a study was conducted using a Danish database of people born between 1945 and 1995 who had a mood disorder.  Of the 95,000 with a mental disorder, “36,000 had suffered a severe infection or developed an autoimmune disease (such as type 1 diabetes, celiac disease, lupus, and the like) at some point before being diagnosed with the mood disorder.”  Such research could possibly indicate a direct link of infections and diseases being a risk factor for developing mental illnesses.

More specifically, a link between Strep Throat and Obsessive-Compulsive Disorder (OCD) was explored in a Harvard Health Publishing article written by Jeff Symanski.  According to Dr. Symanski, “antibodies to the infectious agent cross the barrier that protects the brain from what’s circulating in the bloodstream.” Once this occurs, the antibodies inflame a structure known as the basal ganglia, which accounts for motor movements, thinking, and emotions. The research potentially links the two illnesses together. 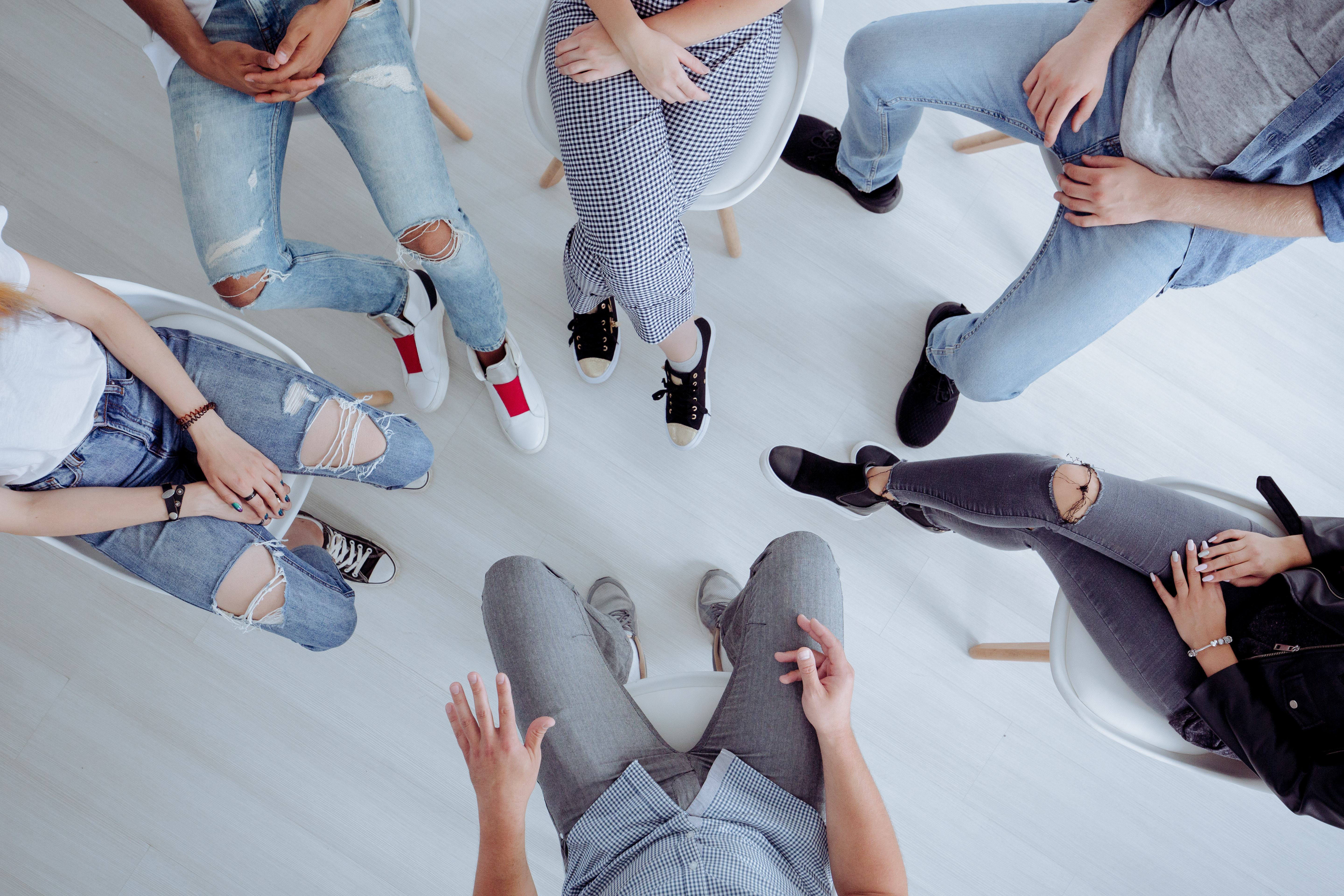 It was once a stigma in our society but now has become somewhat a norm among the so-called millennials in our society. What we are talking about is mental-health therapy. Peggy Drexler in her article Millennials are the Therapy Generation talks about how more “20- and 30- somethings turn to therapy sooner and with fewer reservations than young people did in previous eras.”

There is a lot of pressure put on the younger generation by society to be perfect which can lead to depression and mental illnesses. The main reasons for this are the rise of social media and technology, which leads to desire to reach out for therapy. Social media is a great place for millennials because it lets them to see people they see as role models talk about their struggles with depression, and how it is okay to reach out for help.

Because of this, more teens are getting therapy much earlier in their life than the past. A lot of them try to find balance in their work/student and social life. Social media showcases a safer place for people to reach out and talk. Technology makes it easier for people to get therapy with certain apps like Talkspace and MyTherapist.

For those who like the comfort of their homes when getting therapy instead of going to an office can use these apps in which they can call and video chat. Therapy isn’t for everyone; however, there are alternate ways to seek help now more than ever.

It Is Not Your Fault

Over the years I have seen parents or spouses who feel somehow responsible for the substance abuse of their loved one. I always make it a point to be very direct with them about these feelings: “It’s not your fault.” I look them in the eye and say that is a calming and reassuring a voice as I can manage. Many times, especially from mothers, tears instantly form.

Problematic substance use nearly always develops form one or more of the following:

Looking over the list you might have noticed that brain chemistry/hormones are the one universal common feature. If you are a parent or spouse of someone who is addicted, how could you have possibly control of someone else’s brain chemistry? 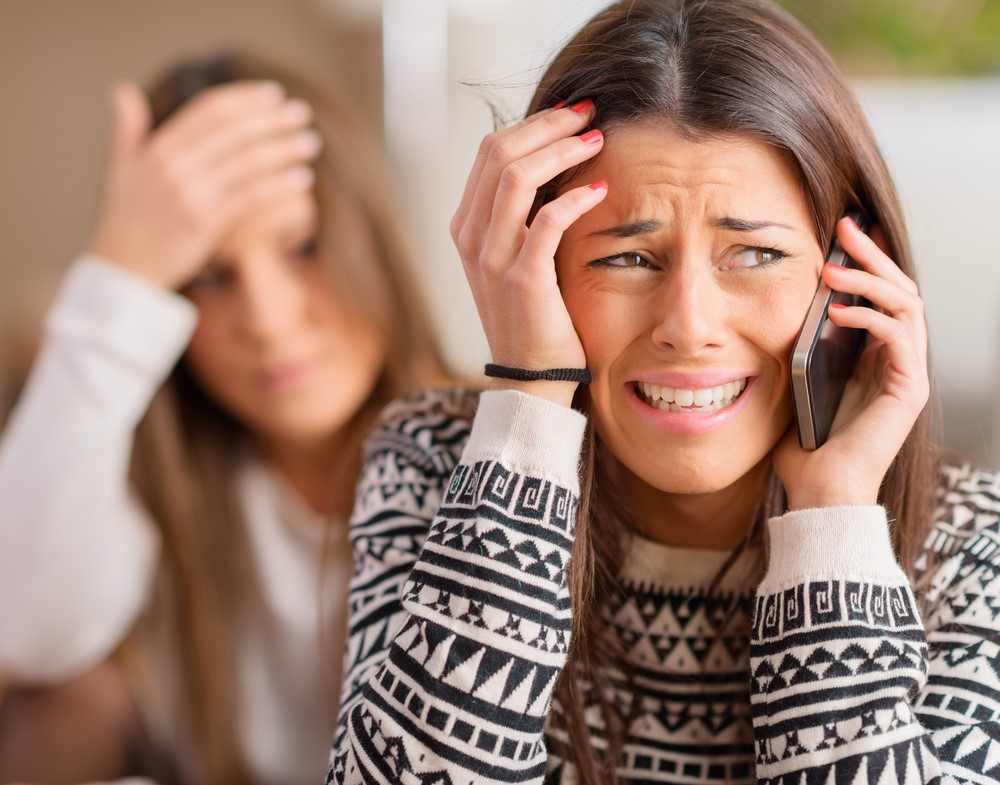 What is an emotional crisis?

An emotionally crisis can be triggered by certain events such as:

Those who experience an emotional crisis need immediate help, which may sometimes be after hours. With our Psych Urgent Care those in crisis are able to be seen swiftly to handle any of their mental health needs.

Exult Healthcare is opening a new psychiatric urgent care center July 15 next to its current office at 4801 Medical Center Drive. Exult Healthcare is an integrated mental health facility, offering psychiatrists, therapists, nurse practitioners and counselors. Services include intensive outpatient treatment, therapy, medication management, magnetic brain stimulation and more. The center will offer these services to patients in crisis or in need of immediate assistance. This is the first psychiatric urgent care in Collin County, according to Frances La Rue, the senior communications and media specialist for the city of McKinney. 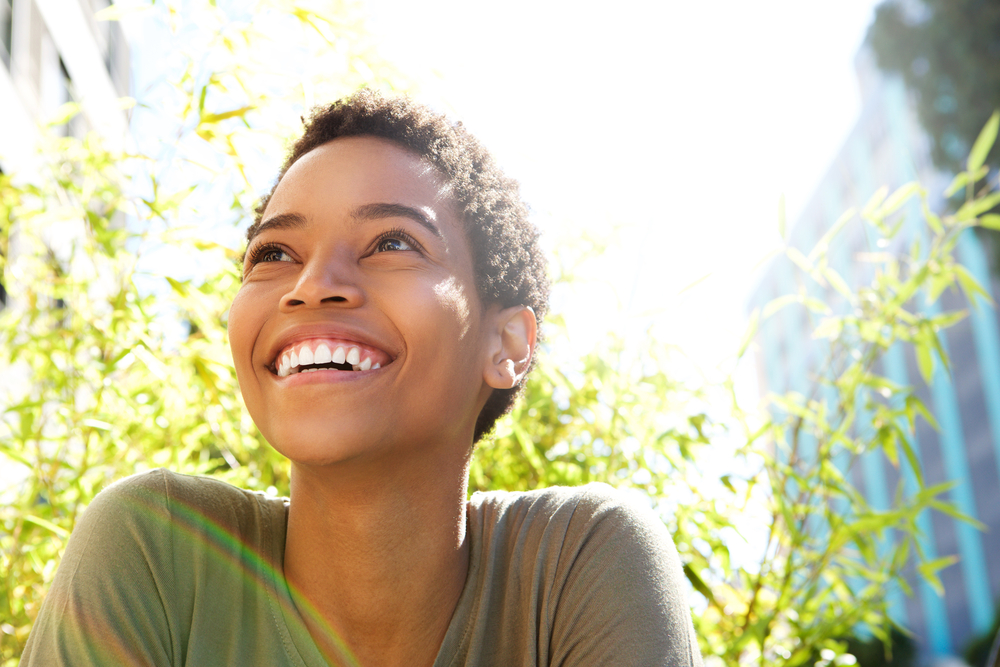 Recovery programs are famous for the philosophy of One-Day-At-A-Time. Sometimes it is easy to assume that implies ‘hanging on’ and making it through. That is far from the reality though for people who are through the initial stages of early recovery.

Instead, this phrase takes on perhaps an even more important meaning. It is human nature that the more we are familiar with something the more we gradually begin to take it for granted. Cell phones, tablets, laptops, electricity, automobiles and many other things that are a part of our everyday world no longer seem at all novel, yet, they are all very new in the scope of human history.

When the novelty of recovery begins to fade a subtle danger can set in. No longer ‘desperate’ and driven to do whatever it takes, some people begin to gradually lay aside the tools and techniques that such a short time ago brought them back from an abyss of addicted crisis. Addiction is a chronic condition that needs a level of treatment every day to stay in remission.

That is where One-Day-At-A-Time plays a role in helping to keep people on track. By adopting this motto as their own, people in recovery can work to see recovery as forever fresh and vital.

Those who have made it to long recovery will attest how important that motto is and how great recovery is as well. 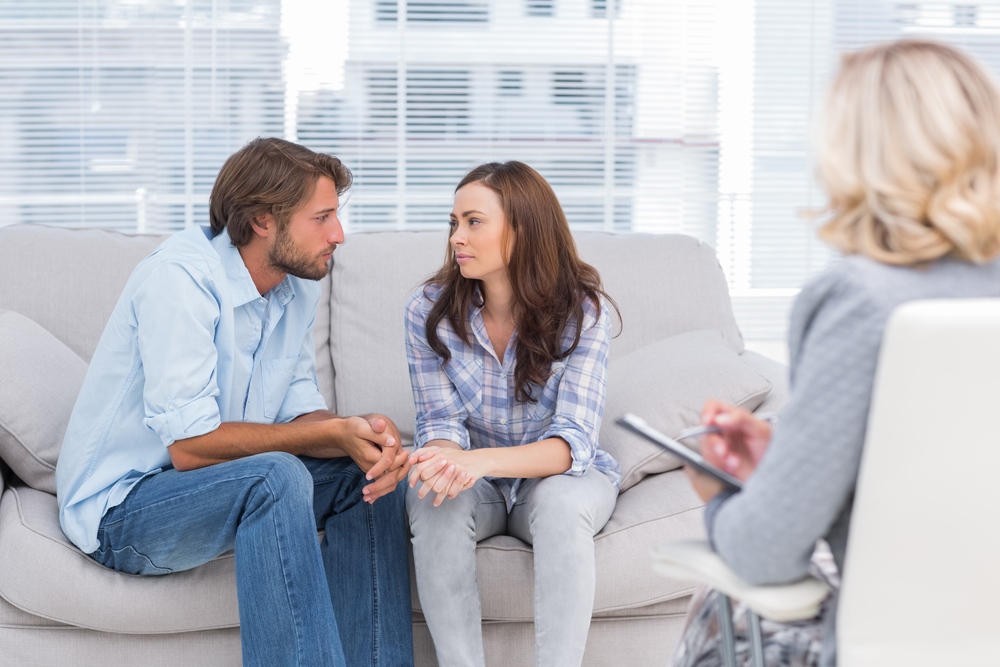 What is couples’ therapy and why does it work?

Many couples turn to therapy in times of distress and frustration during their marriage. Some couples who seek out a therapist have been married for years and have suddenly felt disconnected from their partner. Other couples may be recently married and having a hard time transitioning into their new relationship because there are more challenging than they expected. When couples decide to do couples therapy, they can expect to sit down with a trained therapist and create a safe place to discuss their issues.

In couples’ therapy, one important thing will happen,

You will understand your partner on a deeper level and the way they think. Many times in relationships, especially for those who have been together for many years, individuals will assume they know their partner well and assume they know exactly what they want; however, this is not always the case. Couples therapy allows you to re-meet your partner, and discover again their likes and dislikes.

Couples therapy works because it allows couples who may be going through many challenges and struggles the chance to communicate effectively with one another. If you are interested in starting couples’ therapy, or have any general questions, please contact us at 469-714-0006 or email info@exulthealthcare.com. We offer compassionate services for all ages and are committed to your emotional health. 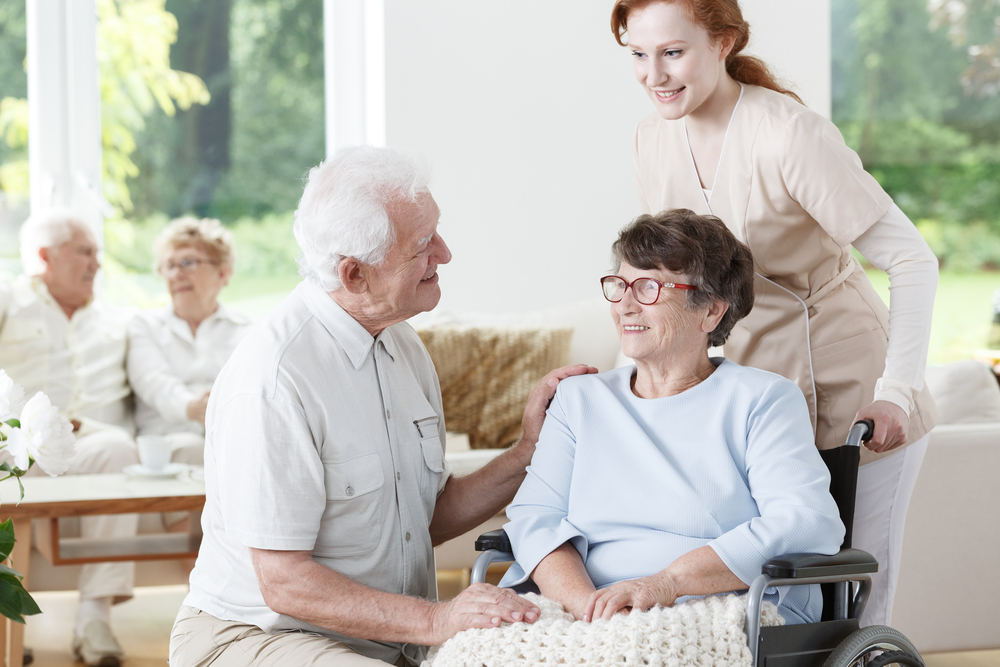 The medical definition of Alzheimer’s is “the progressive mental deterioration that can occur in middle or old age, due to generalized degeneration of the brain”. In the month of June, the world unites to raise awareness for the risk of Alzheimer’s.

There are more than 3 million US cases per year. As of right now Alzheimer’s has no cure, and can only be slowed by certain medications that a psychiatrist can prescribe. According to Alzheimer’s association common symptoms of Alzheimer’s:

Some emerging studies suggest that there are actions individuals can take to avoid or delay the onset of Alzheimer’s Symptoms. According to the National Institute on Aging individuals can:

If you or someone you love feels you are experiencing one or more of the symptoms of Alzheimer’s call us today to schedule an appointment at 469-714-0006 and learn your next steps on the road to healing.